The Toronto Planning Department released its Planning Framework for the Bathurst / St. Clair area on June 21st. This report followed public consultations on April 11, May 4 and May 13. The Framework envisages the area as a “Village” that includes new public spaces and walk/bike ways , retail shops with narrow store frontages along St. Clair and Vaughan Rd.,  more greenery (trees and plants) and open spaces. The Framework includes extensive use of POPS (Privately-Owned Publicly-Accessible Spaces), meaning private developers will have to make public access part of their development applications. The Framework also means a significant increase in density compared to that allowed under current by-laws. The tallest towers (condo/apartment/office) would be concentrated on the north side of St. Clair from the east side of the Loblaws property to Bathurst Street. Underneath these properties as well as those contemplated for the south west corner of Bathurst and St. Clair will a PATH to include shops and facilitate pedestrian traffic to the Subway. Lower rise apartments, townhouses and similar would be developed on the west side of Bathurst , along Vaughan Rd., as part of the Tower proposals for the north side of St. Clair and as part of the intensification of properties qwned by the Tower Hill Apartments (Walmer and St, Clair), Holy Rosary Church and St. Mike’s. This “village” approach combined with intensification around a major transportation hub is consistent with the Provincial Policy Statement (2014) and the Provincial Growth Plan (2019). 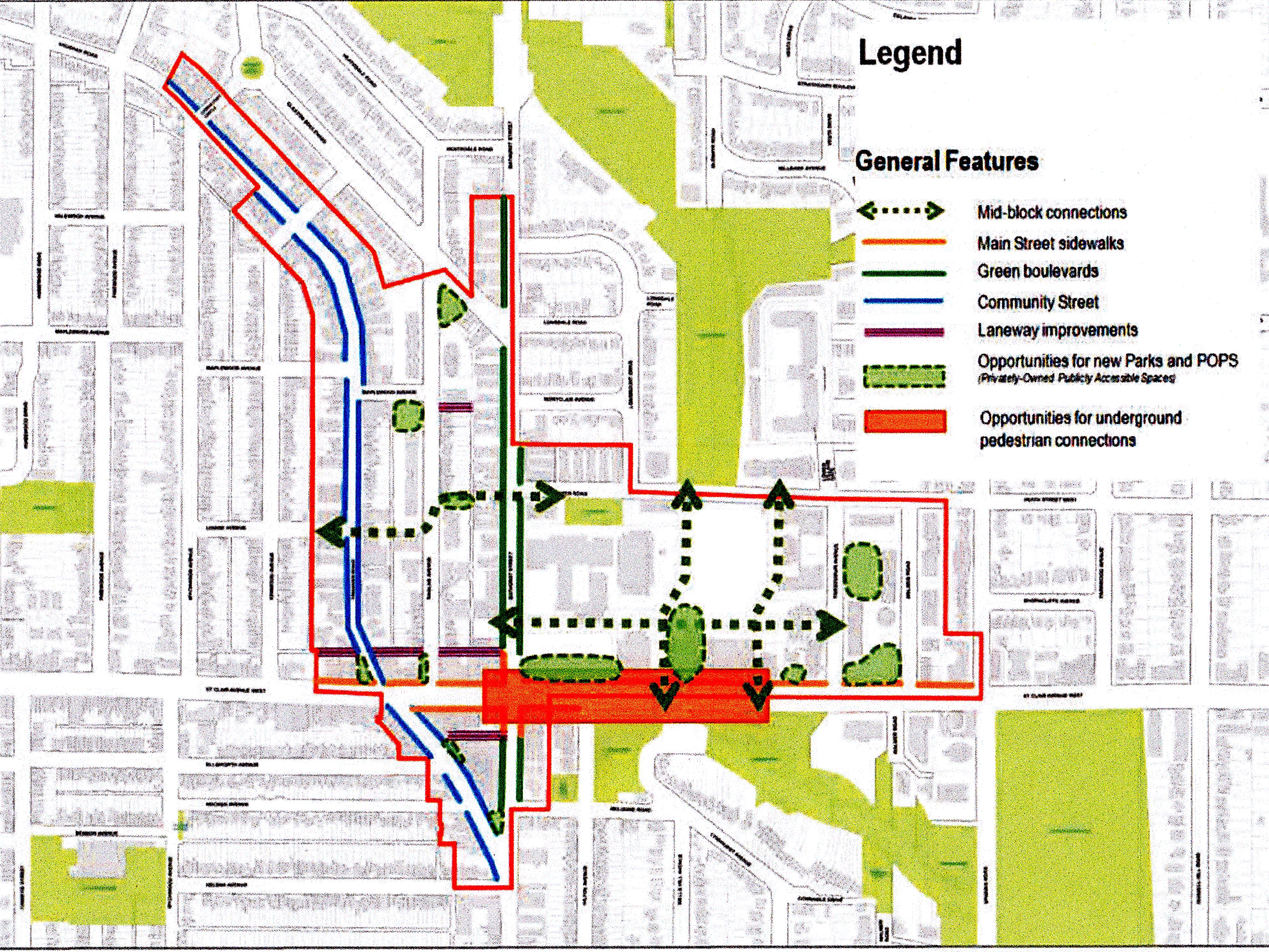 The Framework Map shows new green POPS pathways on both the west and east side of the current Loblaws store connecting St. Clair to the Cedarvale Ravine and new Green POPS spaces around Loblaws and on space currently owned by the Tower Hill Apartments and Holy Rosary Church. These new Green POPS spaces are expected as part of new Tower developments from Loblaws and mid-rise infill apartment buildings on part of the Tower Hill, Holy Rosary and St. Mike’s properties. The Map also shows a widening of the sidewalk on St. Clair so that the current width in front of Loblaws will be extended to Bathurst Street. 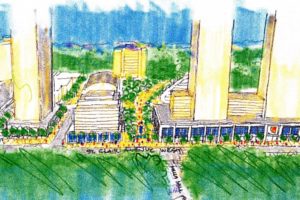 The Framework also emphasizes the redevelopment of Vaughan Rd. (outlined in blue on map) as a Community Street of small shops and with a character that will also be true to its indigenous heritage. The Triangle where Vaughn Rd. meets Bathurst is perceived as a community space. 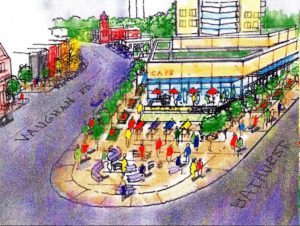 The Framework, if approved, will be be used to evaluate current and future development applications for the area. It does not address the increase in traffic congestion from Loblaws to Bathurst Street. It addresses the new public spaces and services such as daycare to be incorporated into development proposals. It does not address the increased load on the public and separate schools in the area.  It will be presented to the Toronto and East York Community Council on June 25th.