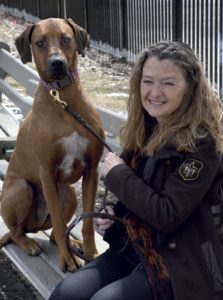 The local group headed by Laura William has secured the support from Councillor Josh Matlow for further study by City staff of the improvements they want for the relocated dog off leash area  (DOLA) at Sir. Winston Churchill Park.

This group has been working diligently to address the shortcomings in the proposed plan for the dog park announced by the city in February.   At a meeting on June 7th, Councillor Matlow asked staff to respond to a list of written questions submitted by the group.

In its efforts the group has been supported by Eric Code, founder of the Toronto Dog Park Community.