On Feb 13th the Committee of Adjustment denied a developer’s application to build a four plex (2 semi-detached duplexes on 2 lots) in place of the existing single lot at 369 Walmer Rd.    Several neighbours, the Casa Loma Residents Association and Councillor Josh Matlow opposed this proposed development which is inconsistent with the character of Walmer Rd.   The stretch of Walmer Rd. north of Castleview Ave. consists of 33 single detached buildings, 4 semi-detached buildings, 2 single detached that have been repurposed as 3 unit apartments in the interior with no change to the exterior and 3 buildings purpose built decades ago as multiple unit.   These latter 3 buildings are consistent with the streetscape; two are accessed by one front door and the third is accessed only by side doors. (Click here to review data prepared by the CLRA).

Over three days of hearings in July, the Toronto Local Appeal Board heard the arguments by legal counsel representing the developer, its Planner and arborist.   On the fourth day of hearings , before the CLRA and neighbourhood parties opposing the development had an opportunity to present their arguments, the TLAB Member directed the parties to enter into a settlement agreement.   He had made up his mind that the development would proceed; all that was left was to agree on some modifications to make the development more palatable to the community.

The four plex destined for 369 Walmer Rd. is out of character with the street and establishes a very dangerous precedent for our neighbourhood.   The four residential units of about 2500 sq. ft. each to be built on this lot, and likely to be registered as 4 condominiums with 12 bedrooms, needed 12 variances to the relevant bylaw dealing with among others the width of the front lot, size, depth and height of building.   The development required a severance of the lot into two lots.   The front width of one of the 2 lots will be only 6.99 meters. (369 Walmer and the lots adjacent to the north and south have frontages of 15.24 meters).   The depth of the building, as proposed and measured from the front lot line, would exceed that permitted under the bylaw by 50%. (20.92 meters compared to the permitted 14 meters).

These variances were deemed by the Member to not be material.   He favoured the developer’s proposal as being consistent with the objective of more densification in the city which is a goal of the Provincial Policy Statement and the Toronto Official Plan.   He rejected the overwhelming evidence that it is not consistent with the Walmer Rd. streetscape.

The settlement agreement secured some changes to the building.   The front of the building will have only 2 doors (a double door) instead of 4 and will be of an architectural style more compatible with the street. 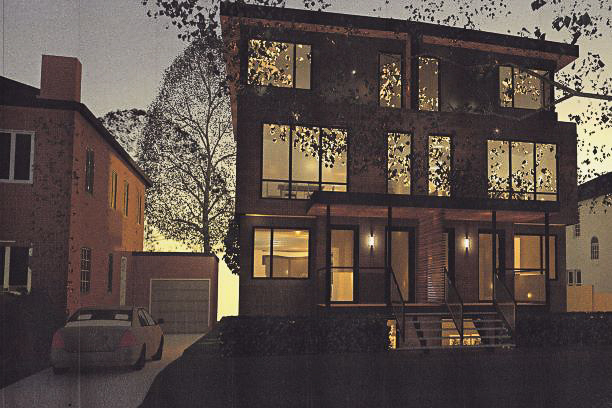 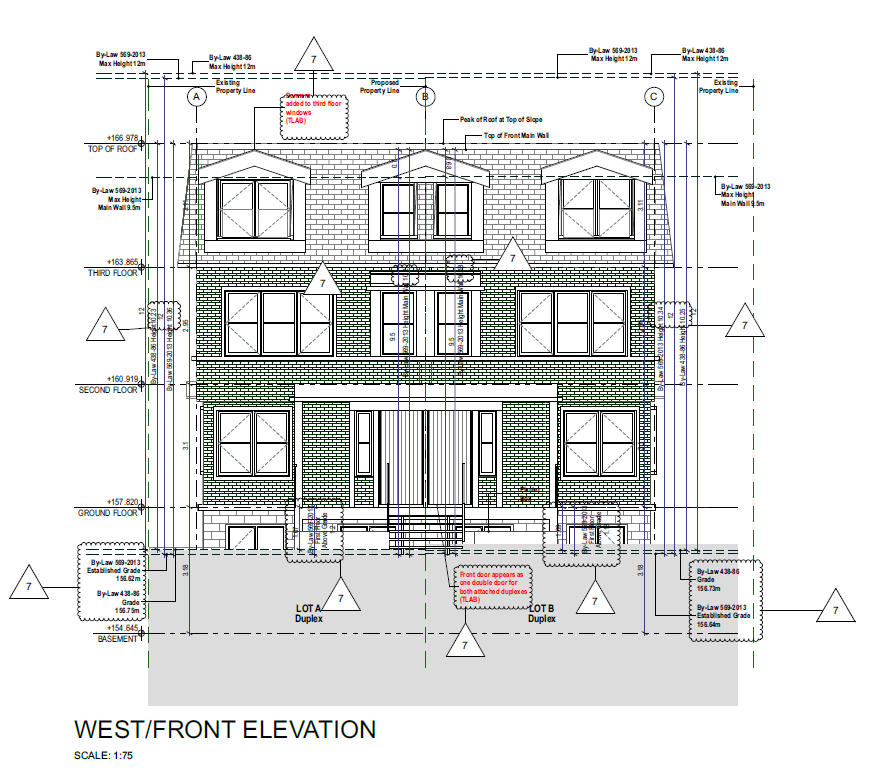 Other changes include moving the structure 3 meters forward from the rear to reduce the impact on the neighbour’s back yard to the south. The front porch will be narrowed by 1.3 meters and the building length by 0.4 meters resulting in a net move forward of the front wall by 1.3 meters. The net result is the building depth will now be only 18.32 meters or 30% greater than that allowed. The width of the rear balconies on the second and third floors will be reduced by 1.1 meters.   A fence and driveway curb will be built to separate the driveway for the four plex from the adjacent driveway on the south and landscaping will hide the above ground basement windows in the front of the house. 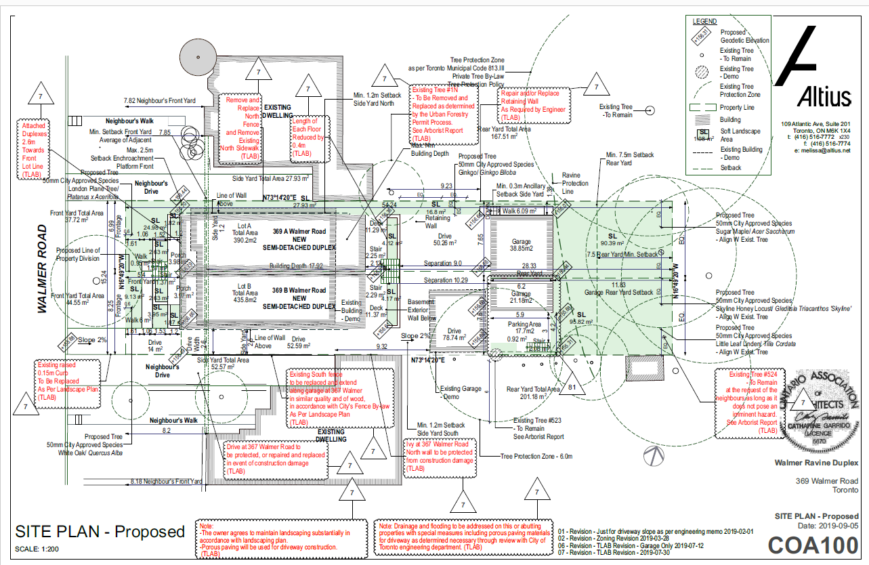 Our takeaway is that we need a strengthening of the bylaws applicable to our neighbourhood to protect us in the future from small frontages being created and from intensification that will ultimately destroy the character of our streets. We believe that this is also understood by Councillor Matlow who has proposed a meeting with us to review, address, obtain feedback and ultimately implement bylaw changes required to protect the integrity of our neighbourhood from inappropriate development. We look forward to this engagement with our elected representative and the City Planning department. The TLAB decision for 369 Walmer Rd. is our wake-up call.